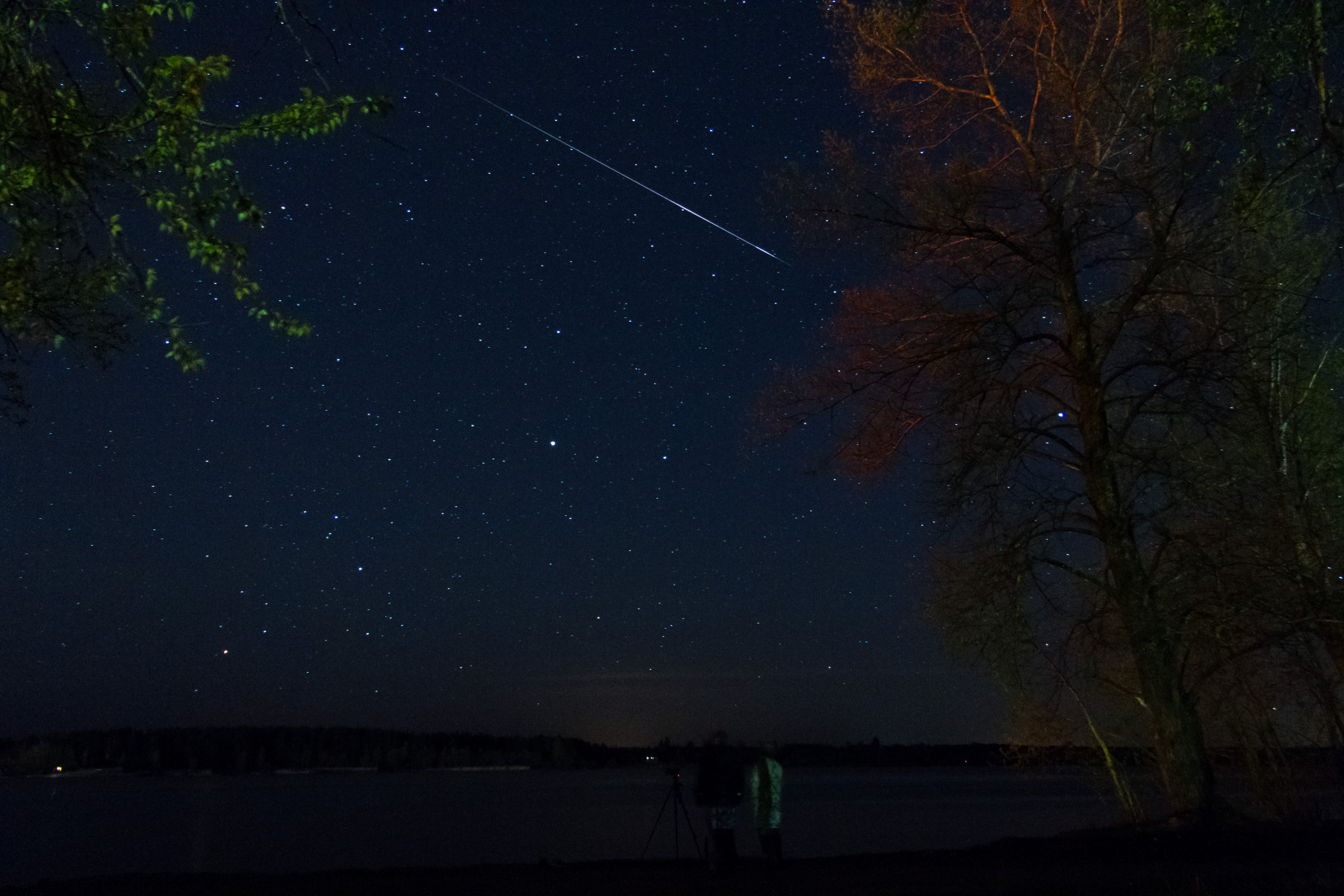 Still being cross of our failure to capture any decent Lyrids meteorite action (read it here: Lyrids), we went out again. This time not because of the meteorites, but because of a view I saw on the way back home – that was a windless night, so water in the river Daugava was still like mirror, and you could see stars reflecting, such a nice view. But I was cold, angry, tired so I could not make my self unpack and get the picture.

For whole next day, I was regretting this more and more, so I wanted to get the scene captured. Called my friend and we went for it, weather was nice, except – there was wind – so water wasn’t still, failure once again. Ok, we were out, view as still nice, somewhat nicer even than day before – basically no fog, clear star filled skies. Even tough I had to strip initial plan I went for a time lapse (I’ll post it later, it takes a while to make it), and it was rewarding – we saw two bright meteorites, and lucky me – the camera was exposing. The long one was almost the brightest I had ever seen in my life. Not sure were they Lyrids, or a space junk, but view was spectacular. Made my day!

Here is the time lapse I made, should have gone for a lower ISO, I’m not that good at removing noise from a picture, so It is a bit to grainy  for my taste. 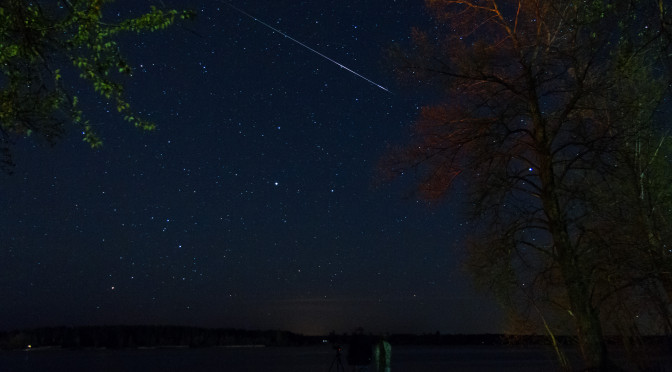