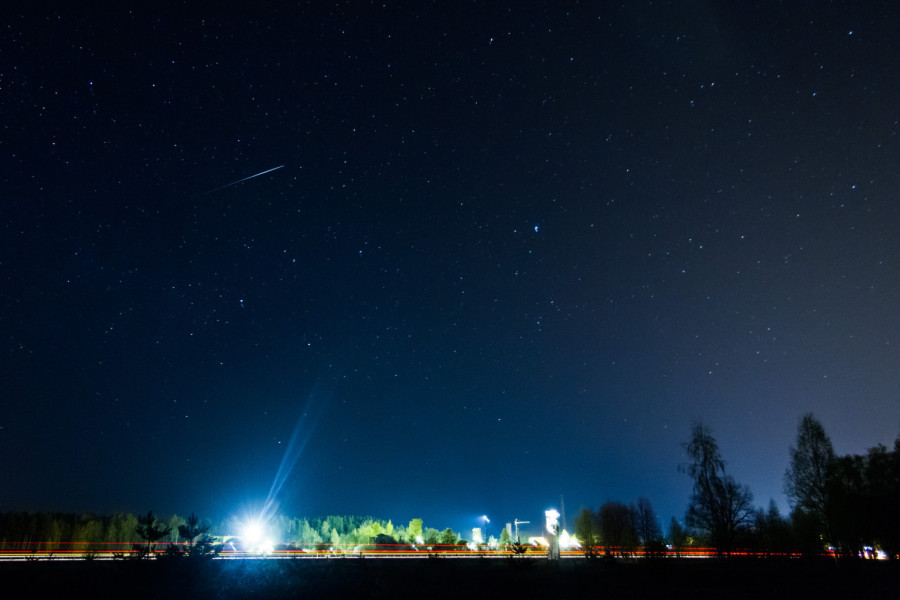 Last night with a friend of mine we went to catch some meteorites, namely – Lyrids, and in general – failed miserably. The peak for these – April 21st and 22nd promises about 20 meteorites per hour. either We are to close to the town or it was not the case this year for the night time of our choice.

First we wanted to go out 21st, but even tough sky was cloudless it was so foggy that it was not worth a try, because we are in a town and on foot – so light pollution was to much, so we stayed in that day. 22nd promised to be a good night, almost no fog, clear sky, worm weather (for our location), but almost no meteorites in camera, you could see some with naked eye, but they barely register on the sensor, and of course they fall there where the camera is NOT pointed.

So we got like few each, here is the brightest one. Picture has a bit smear because of course I accidentally bumped the stand, this is north-east, and I wish that I would have longer exposure, because the top of the trail was not registered because exposure started late. 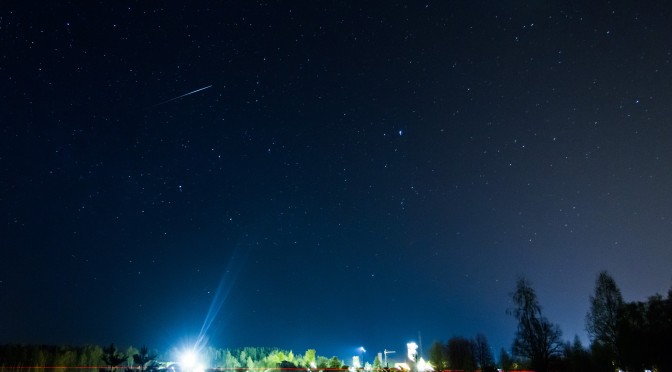